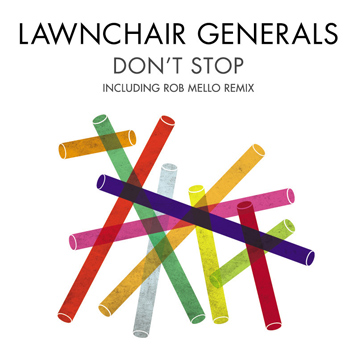 Old friends of Lazy Days, LawnChair Generals make a rare appearance on the label with their new single “Don’t Stop”. The duo made of Peter Christianson and Carlos Mendoza were featured separately on the Feel EP last year.

This song was written for their exclusive Live Performance at the Decibel festival in Seattle last year. This classic LCG tracks also comes with a superb dub for the late nights. Rob Mello was an easy choice for the remix. He took the track apart and gave us his unique No Ears approach to the remix, a twisted deep afterhours biz.