Matthias Vogt
Under The Radar EP 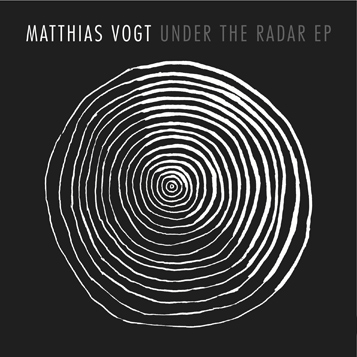 Lazy Days is glad to welcome Matthias Vogt to the label with a timeless EP. Known for his Re:Jazz, Matthias Vogt Trio and Motorcitysoul projects as well as his collaborations with Ian Pooley as MVIP, Jazz pianist Matthias Vogt is as comfortable behind a piano, a drum machine or in a club environment. With his partner C-Rock, they have been residents at Sven Vath’s Cocoon Club for many years now.He’s released music on some of the best labels around the world including Freerange, Infracom, Urban Torque, Simple and their own Stir 15 label. He’s also collaborated with ingenious musicians like Nils Petter Molvaer, Bugge Wesseltoft, Viktoria Tolstoy, Jhelisa Anderson, Alice Russell, Nathan Haines & Eric Truffaz. He and C-Rock also collaborated with House Music legend, Chez Damier, on the project Kids in the streets with the classic track “Keep On Turning”.Matthias and Fred Everything also collaborated on the Frederico Todos Ep on Urban Torque earlier this year and there’s a Fred Everything Remix of Matthias’s Frankfurt Sour to come out soon on Urban Torque. This EP is an ode to the old Chicago Prescription Underground sound of Ron Trent & Chez Damier. A time when music spoke by its feeling rather than a formula. Let it grow on you and play it loud!