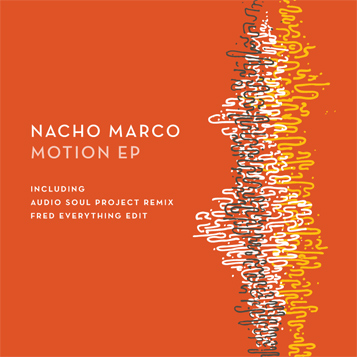 More than 2 years after his great remix of Atnarko’s Solid Ground, we finally have the debut EP from Nacho Marco on Lazy Days. Nacho is a good friend and collaborator or ours. He runs his Loudeast label out of Valencia in Spain. He recently released a Frederico Y Alvaro EP (Fred Everything and Al Velilla).

A prolific producer/remixer, Nacho keeps his hands busy in the studio with countless releases on labels like Freerange, Muak, Pacha and Om Records to name but a few.

On this EP, Nacho showcases 2 sides of his production. Motion, with its slower tempo, flirts with the world of Deep Disco while The Right Key takes us back to basic House with its early Detroit Techno influence.

On the remix, our old friend Mazi (Audio Soul Project) delivers a Chez Damier influenced groove, taking elements of the original and bringing an old warehouse vibe to it. The remix was bounced back from Chicago to San Francisco for a few final touches, mixing and editing at the Lazy Days HQ.